Well, I am in the middle of my second Saturn Return so I suppose I should have expected this year to get off to a rocky start. I didn't expect to be constantly hammered though, and I sure don't have to be philosophical about it.  In fact, I don't like it at all!

My Universe slam continues with the bad weather.  After the last big snow, Tom went to check the propane tank, and it was a good thing he did.  The tank was down below 30% and with the cold temperatures persisting, we didn't want to start having problems with the plumbing so he called our propane supplier to get a refill.  That was when we found out there was a propane shortage.  After a week of waiting, we got a call from the propane company telling us that they couldn't deliver our propane because of the snow pack on our driveway.  They said the weight of the propane truck would break up the snow pack and get stuck.  I was suspicious of that because they have delivered to us in winter before, but DH said he knew what they were talking about.  So, we decided to use the propane we had left only for the heating system while we figured out what to do.  I would set up a clothes drying rack in the utility room for drying the wash, and we would use the crock pot and wood stove for cooking. Tom went to our neighbor who has a snow plow to see if he could help, but he told us his plow couldn't do anything about the snow pack.  Then, with this being a very small community, we got a call from another neighbor who heard about our difficulty.  He knew a guy with a big cat who was shortly going to be in the neighborhood to clear snow from a new building site down the road from us and he could break up the snow pack for us.  So, for a couple dozen eggs and some cash, we got the driveway cleared to suit the propane company, and we got our tank filled. 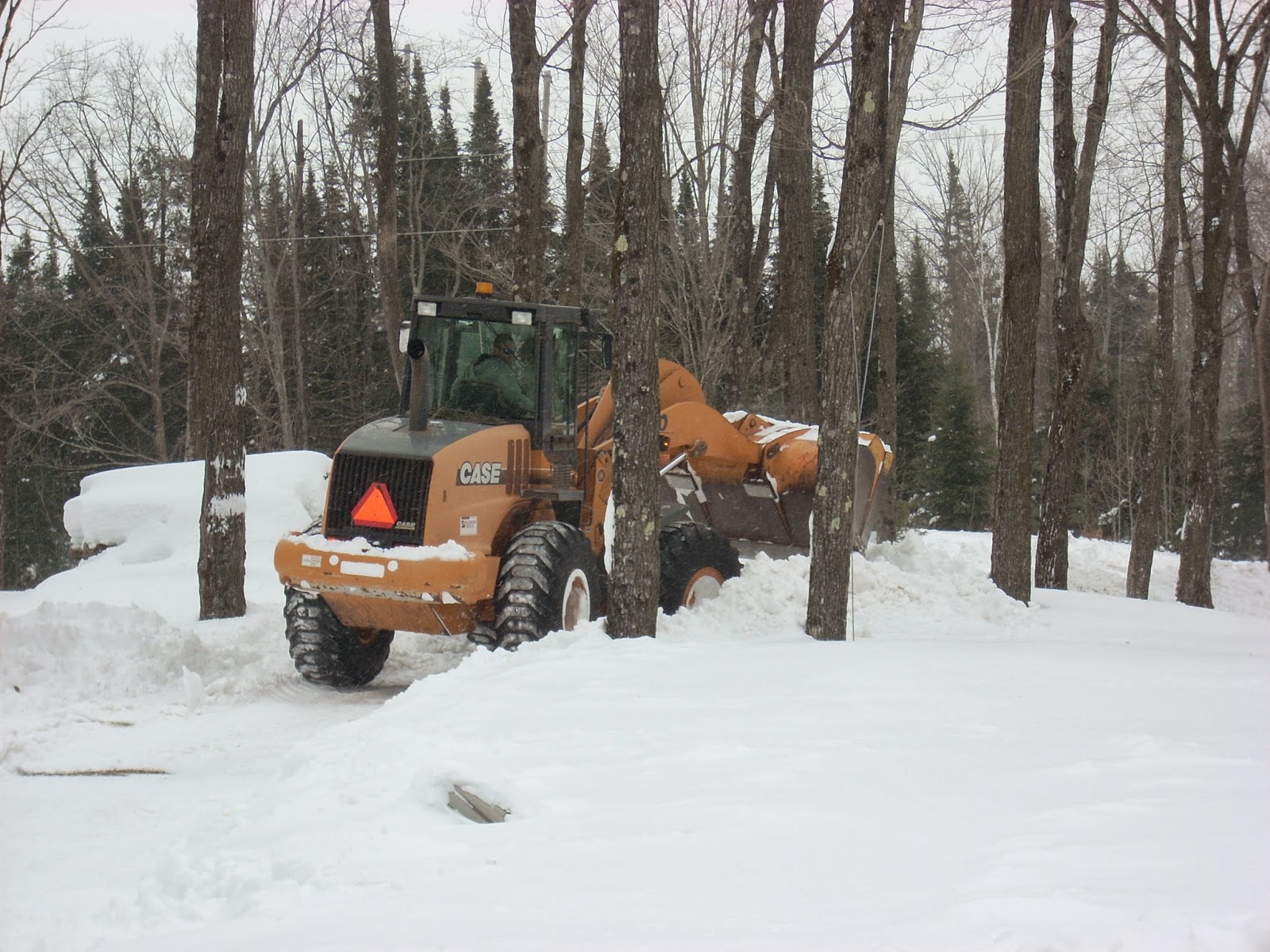 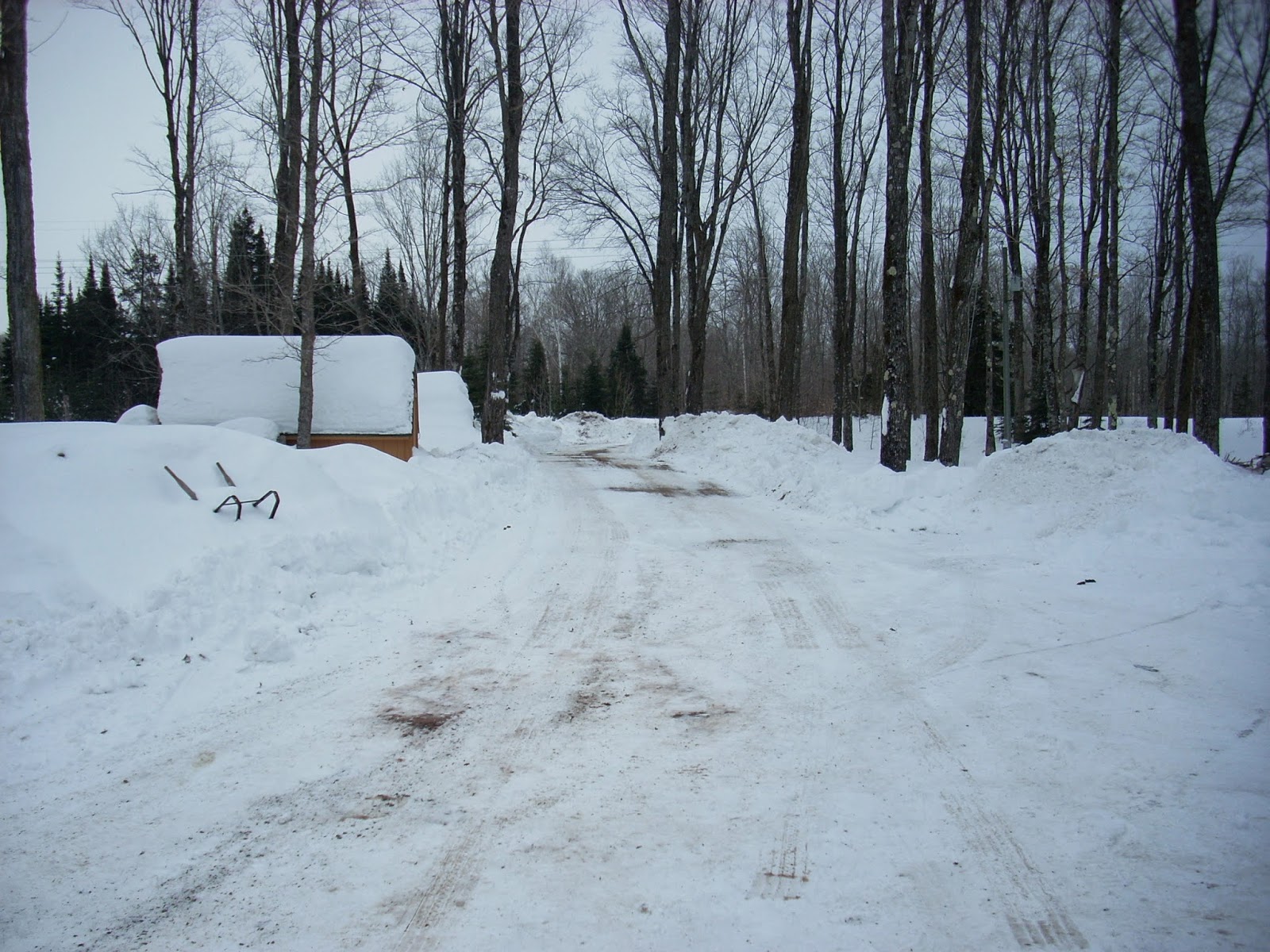 And the day after this, Tom's new plow was ready for pick up, and the snow blower that was in the repair shop for a new belt -- after Tom had already replaced the starter in it -- was also ready to get picked up. 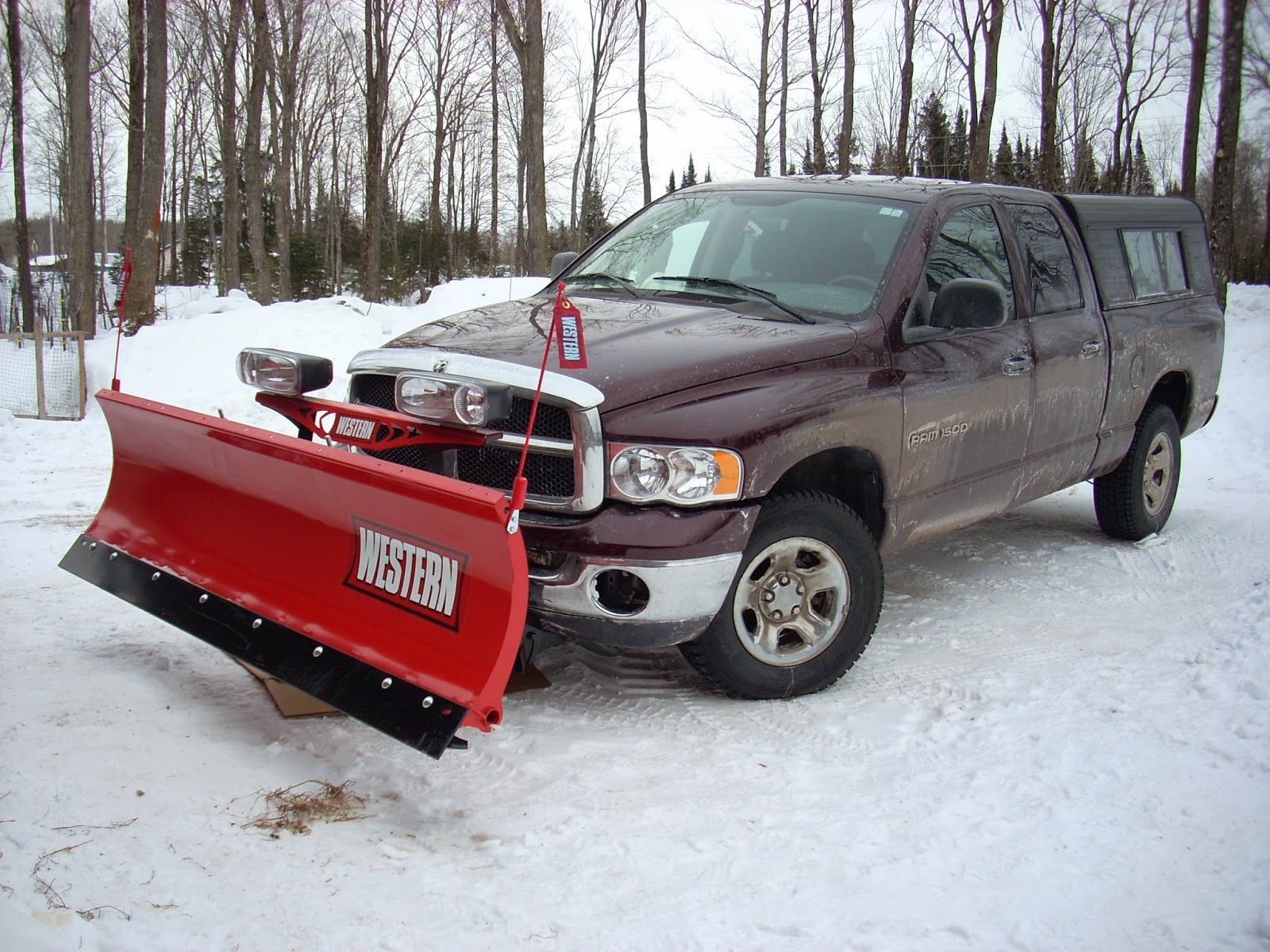 When the next sunny days appeared I was ready to start tapping maple trees.  I dug out the path to the maple syrup rig again and this time took the cover off it.  Then I picked out four trees that were fairly close together that I could reach by digging only one path through the snow.  I discovered I needed to use a pickaxe to break through the ice pack on the side of the driveway in order to start digging my path, so I headed back down the driveway to the house when BAM! I heard something snap and found myself looking at the sky.  Everything was spinning and I thought I was going to barf.  I must have laid on the ground a good five minutes.  Sandy the Swamp Creek Dog was going nuts.  She was jumping back and forth over me and then laid down beside me.  Slowly I tried to get up and realized quickly that something was very wrong with my ankle.  Boy, did that driveway to the house suddenly look very long.  Tom had gone to my dad's to fill up his wood box for him, so I just started dragging myself toward the house.  I was sure glad we had the wheelchair ramp in the garage instead of stairs.  I dragged myself into the house and managed to pull myself up to stand on one foot using the back of a kitchen chair.  I slowly pushed the chair in front of me and made my way into the bathroom where I managed to get my boot off to look at my ankle and reach the homeopathic kit.  Not good. That's where Tom found me.  He hauled me to the emergency room and sure enough, my ankle is broken.  This week I'll have surgery to put in a plate and screw everything back together.  I'll be off my feet for another two months and it's for sure I won't be able to put in the big garden I was hoping to plant.  If I'm lucky, I can hope for planting a Fall garden in July, but I surely will not have enough produce to go to market with.  I'm trying to figure out what to do with all the trees and bushes I've ordered until I can get them properly in the ground.  And to top it all off, my accident caused Tom to have his surgery rescheduled.  His surgery is tentatively re-set for late June or early July after I should be able to drive again.  What a state of affairs!

Posted by ElderberryWine4u at 7:20 PM No comments: